OUR ONE AND DONE MARATHON RECYCLING CONTEST WINNERS!

Those addresses who pass the inspection will be recorded and entered in to potentially win one of the seven prizes being offered: LG 55" Smart TV, and $25.00 gift certificates to Ace Hardware, Brews Brothers, Kwik Trip, Pick'n Save, Target, and Wasabi Teppanyaki & Sushi Bar. 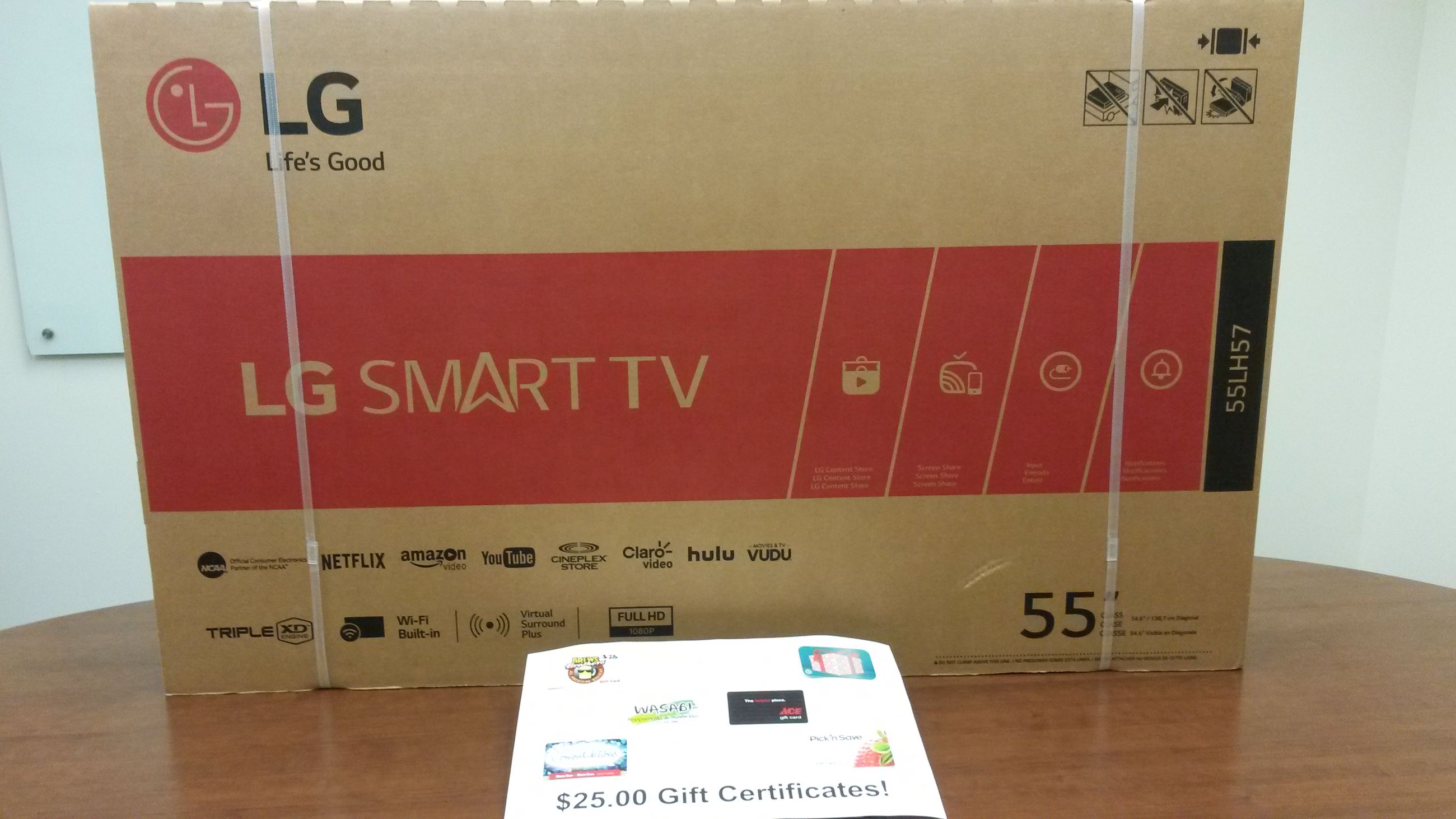 PROPERTIES QUALIFIED TO WIN PRIZES
Congratulations to all the property owners who passed their inspections this week and qualified to win.  You are all One and Done Recycling Contest Winners!  Great Job!  Keep up the great work!

Wednesday:
There were no households which qualified today. 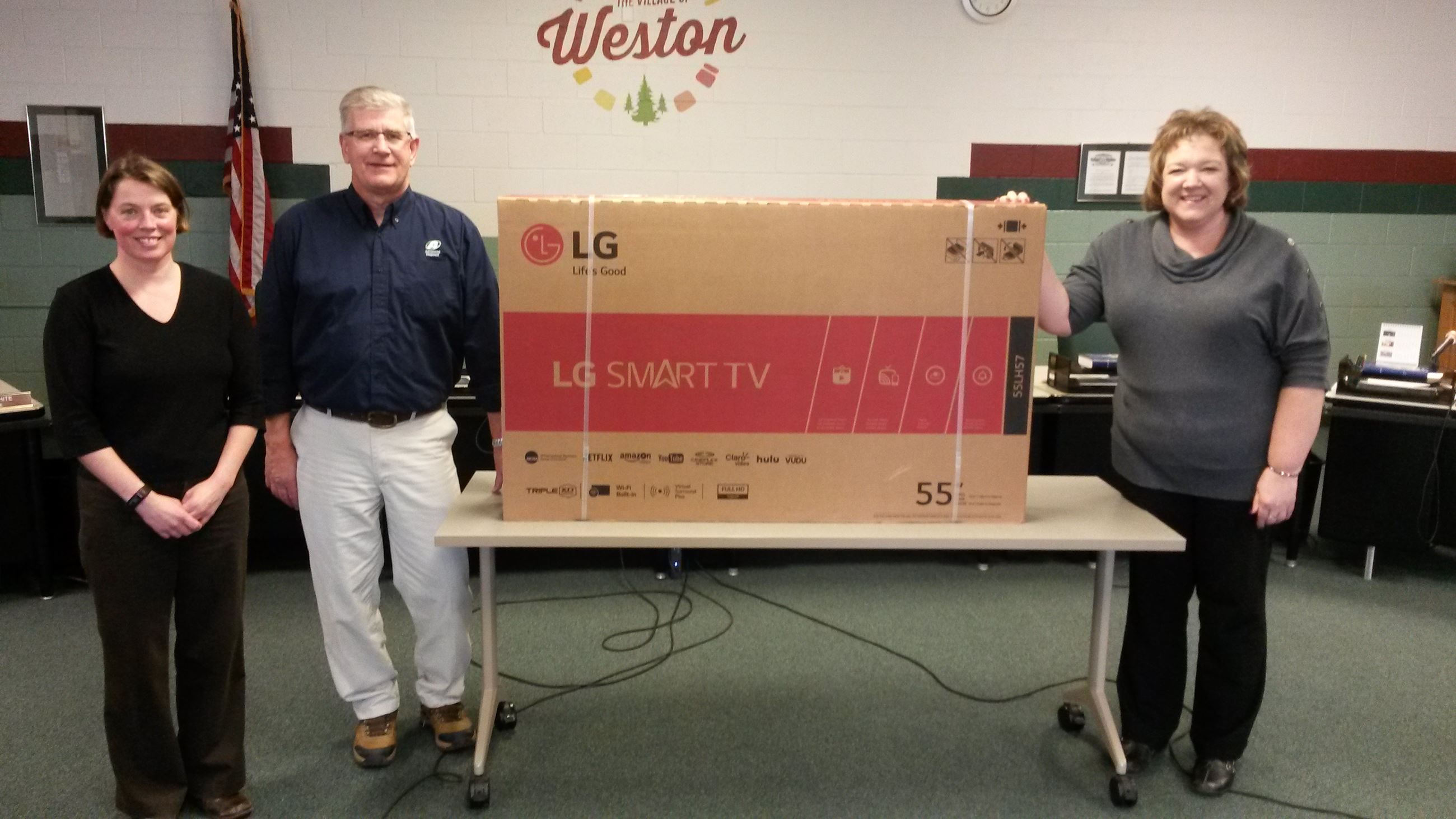 As a way to increase proper recycling awareness, the Village of Weston held its third annual contest during the week of November 7th – 11th, to celebrate America Recycles Day (which was November 15th).  Through a coordinated effort by Village of Weston, Marathon County Solid Waste, and Advanced Disposal Services, random addresses were given to the Advanced Disposal Services driver.  Drivers were also given a checklist to gauge how well residents were recycling.

We had up to 25 inspections per day scheduled for each of the 5 refuse/recycling routes within Weston.  The drivers were instructed to inspect both the refuse cart and recycling cart to verify that only allowed household recyclables were within the recycling cart, and that only household trash was within the refuse cart.  If the contents within both carts passed inspection, that particular address was then recorded and entered in to potentially win one of the seven prizes being offered:  55” LG Smart TV, and $25.00 gift certificates to Ace Hardware, Brews Brothers, Kwik Trip, Pick’n Save, Target, and Wasabi Teppanyaki & Sushi Bar.

Any chosen properties to be inspected, who did not have both the refuse and recycling cart, were not counted as passing or failing, and were ineligible for the prize drawing.  The following was a summary of the inspections:

Yard waste was also found in a few recycling carts.  Yard waste is to be composted in your own back yard or taken to a location (such as Weston’s yard waste site located at 8200 Ryan Street) where it can be properly managed.  Yard waste is also banned from landfills (so please do not place it within your refuse carts).

In one instance a tire was found in the recycling cart, and another instance a fishing tackle box was found in a recycling cart.  Tires are not allowed in either recycling or refuse cart.  They should be taken to a business who accepts them, such as Yaeger Auto Salvage, Advanced Disposal Services, and/or Marathon County Solid Waste.  All of these places will charge a small fee for tires.  With the tackle box, though it may seem to be a recyclable item (probably made up of plastic and metal materials), however, items that are made up of multiple materials are not allowed within the recycling carts, as the materials would have to be somehow disassembled and separated out at the sorting facility, which cannot happen.  This is similar with coffee makers and other small appliances that people may want to dispose of.

It is clear the main issue with the refuse carts had to do with people placing recyclable paper products within their refuse carts.  There were several “paper” categories that the driver was checking off on the inspection form which were found in many of the refuse carts:

Shredding your paper.  However, if you do shred your paper, please place the shreds in a paper bag (not a plastic bag).  What to do with that paper bag full of paper shreds?  You can deliver your bag of shreds to Advanced Disposal Services (recycling collection area), or you can tape the bag closed and place it in your recycling cart.  Another idea is if you have a friend with a farm, shredded paper makes for great animal bedding!

Reduce the amount of mail you receive.  We have found on the internet different websites you can visit to opt out of receiving junk mail.  Simply search “How to Stop Junk Mail”, and you will find many different sites to choose from.

Finally, please know that the employees at the recycling sorting facilities (known as Materials Recovery Facilities or MRF’s) are moving through the materials at a high rate of speed that the last thing they have time for is to sit back and read your junk mail.

Other items found within a small number of refuse carts, which are not allowed in them, have been some recyclable plastic containers, aluminum cans, and yard waste.  Obviously, if you have a plastic container, such as a peanut butter tub, we understand that those can be hard to clean out.  While some food residue is allowed, if you are unable to clean those out, then the refuse cart is the way to go.

We do urge people to please do your best to make sure your clean recyclables make their way into your single-stream recycling carts!  When recyclable materials are diverted from the waste stream, that amounts to less materials ending up in our landfills, which could amount to reduced charges on the municipalities, which ultimately amounts to more money in your wallets!

Of the 83 addresses whose carts were inspected, 27 passed and their addresses and names were put in for the 7 prize drawings.  The properties who did not pass the inspections will be receiving letters with the findings, with a fact sheet on how to properly recycle in Weston.

We appreciate everyone’s efforts in being One and Done Marathon Recyclers, and plan to continue holding more similar contests to keep the recycling energy and enthusiasm going.

We would like to thank Meleesa Johnson, Director, Marathon County Solid Waste, and Gary Gartmann, General Manager, Advanced Disposal Services, for their assistance and sponsoring this event!

To learn more about what items can go in the single-stream recycling cart, contact either the Village of Weston (www.westonwi.gov) or the Marathon County Solid Waste Department (www.marathoncountysolidwaste.org).