* 1990's Additions were the salt shed and cold mix shed, these are not included above as they are strictly used for material storage.
** The building at Ryan St was added in the 2000's and has an area of 5,600 SF, this would bring the total Building SF to 37,770 which is a 334% increase over the original building size.
*** The 2000's and 2010's saw numerous remodels in the administrative building to accommodate staffing changes. 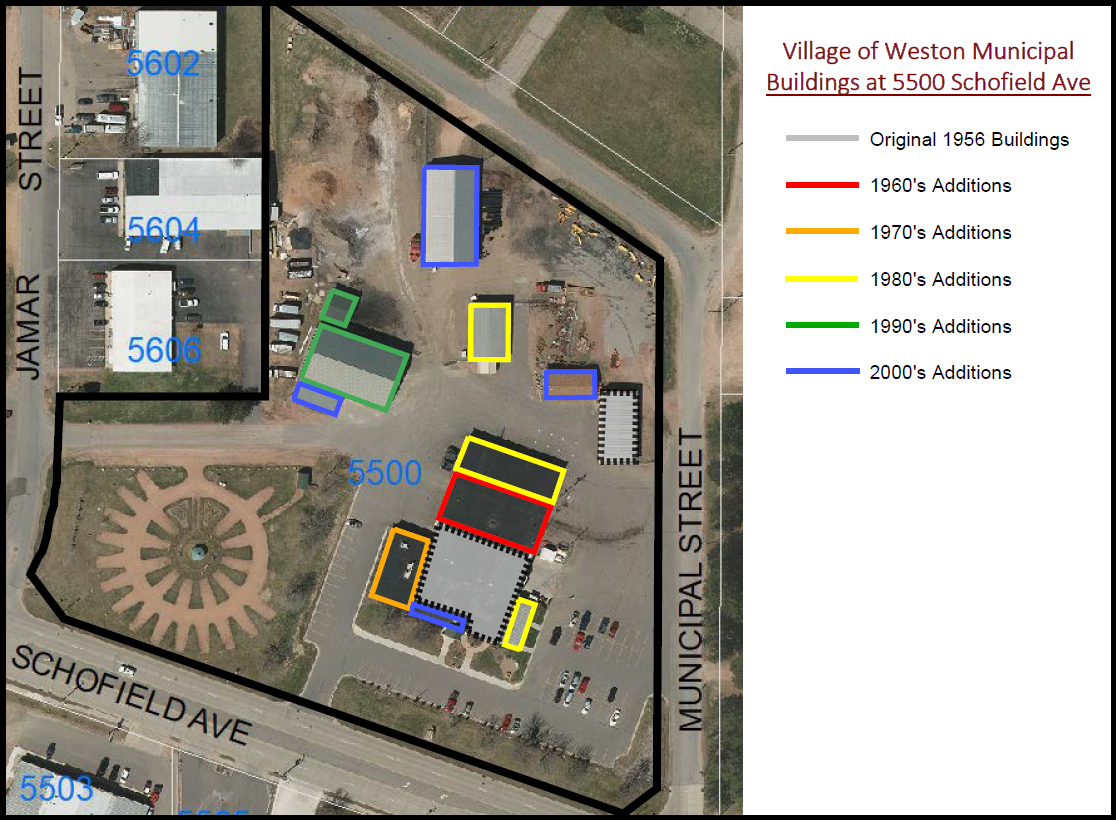